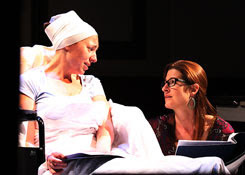 Zsófia Kovács discovers her panic attacks are symptoms of a brain tumor and must be operated on immediately. Her estranged mother and two sisters are tossed into the waiting room for 18 hours where old wounds are poked and reopened. Can they all learn to love and support each other even though their lives have gone in such different directions? On the backdrop of this family crisis, the play questions our very existence, and where and how true communication is shared: between mothers and daughters, between siblings, from a God that does or doesn’t exist, or through the magic and mayhem of social media? 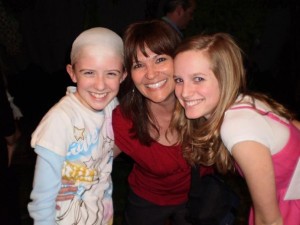 Maggie Conner, a precocious 10-year-old, is easily lured into the clutches of Hollywood’s limelight when her luscious head of long, curly, red hair is “discovered” by a talent scout. Along with Maggie’s new found fame comes a healthy dose of attitude, much to the chagrin of her family. Next-door lives Olivia Michaels, the same age as Maggie but much more advanced in spirit. Having cancer isn’t easy, twice as hard when you’re bald, but it doesn’t damper Olivia’s love for life and her colorful passions. When a glimmer of fate orchestrates a meeting between the two girls, a magical adventure ensues and the girls’ lives are changed forever! With creative use of language and humor in a mixture of realism and fantasy, along with opportunities for simple theatrical magic and lighting, we experience the innocence of children and the magic of the universe, which is more brilliant than Maggie ever could have imagined. 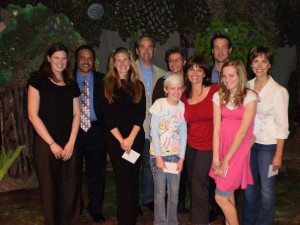